Why is My Shower Head Leaking?

Does your shower head continue to drip even after the water has been shut off? Not only can the constant drip of a shower head become increasingly annoying to hear, but it will cost you money each month when you pay your water bill. There are multiple reasons why your shower head could be leaking when it’s both in use and not in use.

The Holes Are Clogged 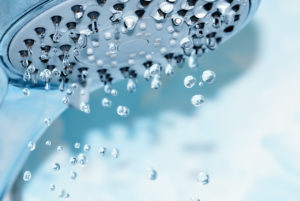 The water holes in a shower head can become clogged with mineral deposits over time. When a handful of these passages become blocked, water can begin to leak out of the face plate or at the base of the handle or pipe. To remove these mineral deposits, wrap a plastic bag filled with vinegar around the shower head and let it sit overnight. The next day, scrub the shower head with a small brush to remove any leftover residue.

The Seal Is Worn

Within a shower head there are washers and O-rings that exist to create watertight seals to ensure there are no leaks between connections. However, these seals can break over time (or harden if they’re made from rubber). Take apart you shower head, bring the broken seal to the store, and purchase an exact match. (Nothing is worse than taking multiple trips to the store because you bought the wrong size part.) You can then install the new seal for a leak-free shower head!

The Handles Are to Blame

Some showers have compression faucets; when there is a separate cold and hot handle to control water temperature. Oftentimes, the seal behind these faucets can go bad and will cause the shower head to leak water. First, find out which handle is making the shower head leak by feeling if the water is warm or cold. You can then take off the respective handle, remove the nut, and replace the defective washer seal.

When your shower head starts leaking when it’s not in use, it’s up to you to fix it — or call someone who can! When your need leaking pipe repair for your home, contact the pros at Len The Plumber. To learn more or to schedule an appointment with a plumbing professional, give us a call at (800) 950-4619.